Category Archives: What is it Wednesday

And the Winner is…

On Wednesday I posted this cropped picture and asked you 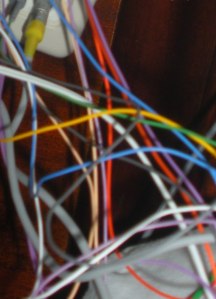 And here is the photo from which it was cropped: 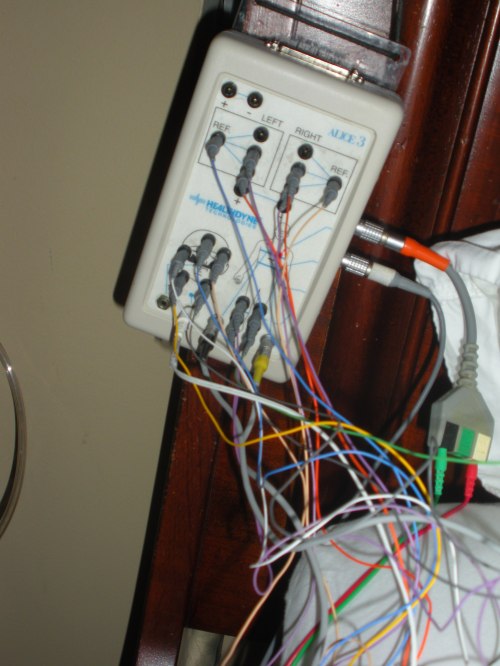 KCINNOTX was the first to guess correctly: “Makes me think of all the wires they hook up to your head for a sleep study.” 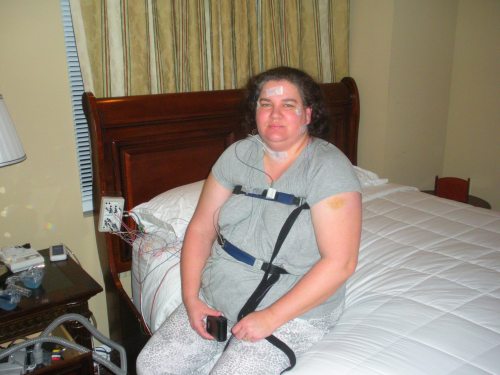 This was me several weeks ago. Four of those wires were attached to my legs and the rest were taped or glued to my head and neck.  Once I was completely wired, they added the sleep apnea mask. I’m pretty sure I looked like a Star Wars character.

I’m off to play this weekend — no wires or box to plug them into, but I will have my breathing machine to provide “white noise” for my roomies.

Posted in just plain WEIRD, What is it Wednesday, WINNER!

Inspired by Janet , who often posts something called “What is it Wednesday” where she crops a picture down and has us guess what it is (the entire subject, not just the tiny bit you can see).

So here’s mine for today:

Posted in What is it Wednesday

What is it Wednesday (and an igloo update)

Last week I posted this picture 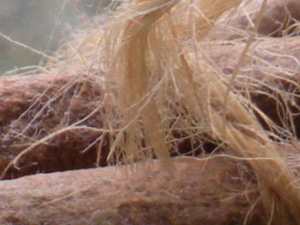 Here is the complete view: 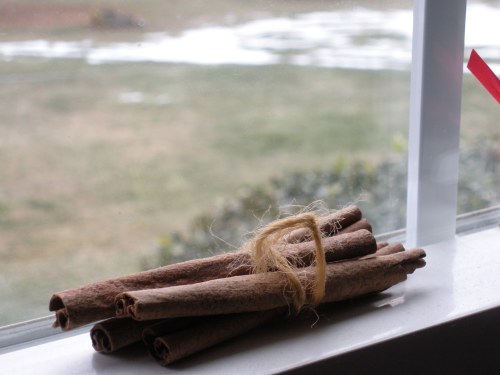 Many of you guessed that it might be twine, but only Cheri guessed the complete package:  “Twine around a cinnamon stick? LOL!”

And do you see the white stuff in the background on the upper right?  That was a bit of snow on our yard back in early January, the remains of our December 19-20, 2009 “snow event.”

It’s been one week since SNOWMAGGEDON, Part II happened here. This is what it looks like outside my house this morning:

One Week Later (note the igloo in the background!) 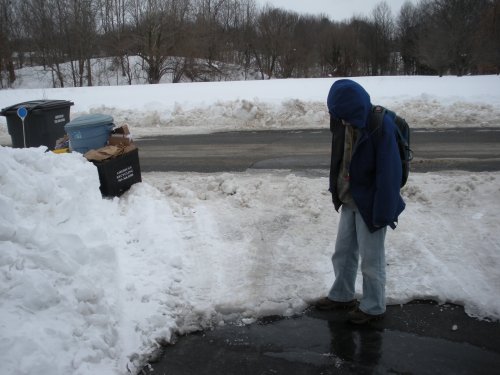 Waiting for the school bus

It’s been 2 weeks since we last had garbage and recycling picked up. I’m hoping the trucks come today as scheduled.  (Yes, that is 2 solid inches of compact snow and ice on the end of the driveway, but since the shiny stuff is ice, I figure it is safer to leave it as a buffer than have a sheet of black ice each morning right where the kids stand.) 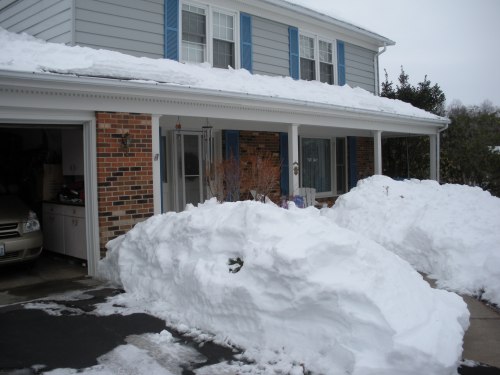 All that snow had to be shoveled somewhere…

…and with our temperatures still in the 30’s, it won’t be going anywhere for a while. 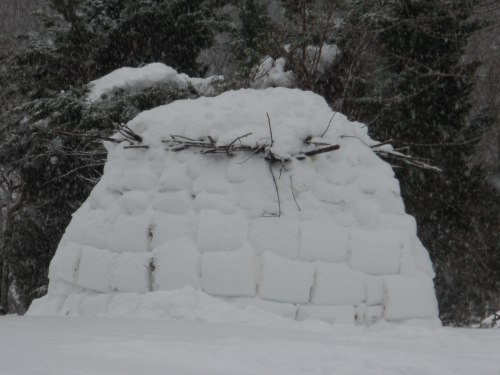 SuperDad worked really hard on his igoo. Unfortunately, the blocks were no longer holding together by the end — he’d make a block of snow and it would fall apart. About this time he decided that if the Eskimos had known about thatched roofs, they would have used them!  SnakeMaster assures me that it is warm inside!
This picture was taken when it started snowing again on Monday. Luckily, that snow turned out to be “just a skiff” and the kids are back in school, albeit on a one-hour delay all week.

Posted in Photography, That's How We Roll, weather, What is it Wednesday, WINNER!

Janet used to host something called “What is it Wednesday” where she would crop a picture down and have us guess what it was the subject of the photograph. We’d leave our guesses and the next week she would post the entire photograph and let us know if we were correct.

So, I have one to share with you this week, and I hope to be able to post new ones on occasion.  Here is my first attempt:

Posted in Photography, What is it Wednesday